If things aren't the way you like it, just wait - it'll change. 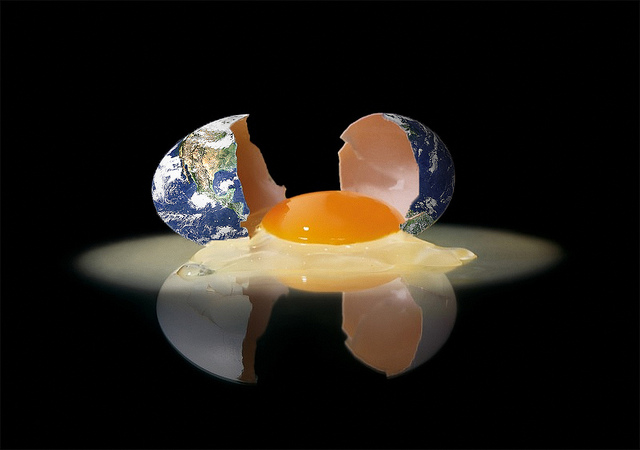 One of the funnier aspects to living is: the only constant is change.

What's really curious about that point is that you and I are the ones doing the changing of it.

The oldest phrasing of this I've found to date - from the ancient aural Polynesian (Huna) traditions before written history - "The world is what you think it is."

Prentice Mulford (a contemporary of Mark Twain and Bret Harte) had it as "Thoughts are Things."

Napoleon Hill was quoted by Earl Nightingale as saying "We become what we think about."

The point they are  all making is the same one - you're creating the world around you. Much along the old phrase "...making this up as you go along."

The trick to living better is to start taking responsibility and start controlling (to some degree) what you are creating - so it's more to your liking.

And that leads us back into the various tools known in "The Secret" DVD, as well as various self-help and self-improvement books - all of which are really designed to change your world, not just your mind.

I constantly refer people to Earl Nightingale's "Strangest Secret" as he has a 30-day program in that Gold Recording of his, which ends up with your adopting a "calm, cheerful expectancy."

If you think this through, you'll see that's pretty sensible. Instead of being frantic or upset about things, calmly look at them for what they are. Instead of being critical or blaming something else, look at them cheerfully - as if someone just gave you a joke. Instead of dreading the upcoming event, expect that whatever you have always really wanted is coming your way next.

Dorothea Brande, in her "Wake Up and Live!" had it as: "Act as though it were impossible to fail."

For as you think, so shall it become. Life is indeed what you make it - and it starts with how you think about it.

Posted by robertworstell at 4:46 AM