Get whatever you really want in life - and world peace to boot. 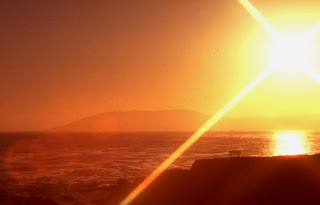 How to make your dreams become real - and finish the last steps to world peace.

Your dreams become more real every day. Whatever you think tends to become reality around you. And there's a reason for this.

Through years of studying things that work, I've discovered that there is an underlying system that keeps things working.

And this system is bigger than all of us, yet requires every individual to play their part in order to keep the whole thing running.

What is practical and observable is that we can work with our thoughts to produce the here and now. Every building has to be planned before it can be built. Any big ship is based on the observation of physical laws (like a china bowl can float, but a piece of china can't float like a piece of wood.) Building big metal ships which can transport goods across water requires a lot of thought - and a lot of action.

You see, the world is what you think it is. As you change your thoughts, you change the world.

The world doesn't run you - you create your own world.

As many authors point out, what you see around you is what you are constantly creating. There are pure metaphysical applications to this which take us into incredible realms. That one idea can take us far afield. But we are here to discuss solutions, pragmatic and practical solutions to your life and mine.

A problem is, of course, what we consider it to be. There is a field of study into problems which defines them by type. Yet the common solution to these is to take responsiblity for their existence and then they tend to vanish. You simply confront them head on and find the optimal solutions for the resources to hand. Once you do this, you find yourself at peace with what is happening and the changes that need to happen - in your estimation.

And that is the odd and interesting thing about that underlying system mentioned above. It runs on Harmony. It actually has Peace as its goal. That doesn't mean a boring monochromatic world where everything is the same. Rather this system thrives on diversity. Like any great choir - it is composed of individual voices, all different in their ranges and qualities. But the result is to sing with one voice. And any great choir is capable of singing many, various songs.

While the metaphor is limited, it serves the point that we are all in this together to create a new world, to participate in singing a new song.

For any problem we are facing personally or globally is really just one which we aren't confronting.

You will find lots of agreement on ideas like everyone having a liveable quality of life. That no one person should hold any individual or group of people hostage. That people should have their own individual and personal right to think whatever they want. And they should have the opportunity to express that thought - to create their life the way they want it. What people object to is when someone considers that they have the right to change others' thoughts by force.

In that statement above, you'll see the complete struggle in Politics. Classes of thought striving for control over law-making bodies - so that they can determine how best to forward their particular class of thought.

But the funny punchline is that people in general don't want government telling them what to do with their lives. Sure, they will do what they have to in order to "get along" with people around them. And there has to be ways in our modern society to get the garbage picked up, and keeping the streets cleaned, and keeping the roads repaired, and keeping all our modern improvements like telephone and Internet running when we want to use them. We all participate in keeping these services running, either by working at repairing these directly, or paying a fee to someone else to do so.

That's mostly the basis of taxes and government.

But the best government is the one which interferes with individual lives the least. It facilitates environments where free thought can generate new ideas and new creations. But once you get past keeping the roads open and ensuring that no one is blowing our trade ships out of the water or our airplanes (transporting goods and people) out of the sky, then most people think that government should give them little more and require as few fees as possible.

And Politics is a fascinating study in and of itself. But I'll leave that to people who study that stuff for a living - or a hobby.

My job is to tell people about this great natural system which makes politics and government and anarchy all possible at the same time.

If you study Nature, you'll find all the points of the above present - except one: thought. And that is the universal solvent to all of Nature, which people have said "sets humankind apart" from the rest of the species. But does it?

All we have is the capability to examine our own thoughts - or so we think. Practically, there have been a great deal of studies into "Animism" and all sorts of beliefs we use to hold from ages past. What you make of these ideas is entirely what you believe - what you think.

Because if you believe that our species is alone on this one ball of water, dirt, mud, and rock - then that is what you will always find. If you open your mind to the possibility of other life "out there", then you find ideas of UFO's and Atlantis all very possible and real. Evidence starts being dropped in your lap to support whatever you believe.

This brings up "The Secret". Not everyone believes in that that DVD said. And yet, it was really only quoting our own texts from across history. Everything those people said who were in that movie - all these things can be found in much older texts - our Bibles, our ancient legends, all these sources of information just came forward and were produced into a modern version we can all experience. And it was translated into many languages so that many various peoples besides our Western, English-speaking culture could have this data.

I like to point people to an earlier best seller, Earl Nighingale's "Strangest Secret". There he points out other authors and historical figures who have stated the same point over and over and over.

That point: "We become what we think about." All through written history, people have this same concept - and they all agree on it completely. They may not agree on anything else completely, but this they all held in common.

And when you go down that road, you'll probably see some system build up along these lines. That is, if you're looking for this system to show up. If you are only looking to get your own team into the play-offs and then win the world title - well that is what is going to happen for you, as long as you take some action to make it happen.

That is the great second part to this: you have to take some action to help your thought take place. That's the difference between daydreams and what is good-naturedly called "reality". People think up goals and then work out a plan, and then carry out that plan to achieve those goals.

You can have this big, beautiful world in your mind - and it will stay there. Big, beautiful, and shining - until you take some steps to make it happen. It may just be writing down your descriptions of all this - most, if not all of our great novels and fantasies stem from this. Or you might tell enough people about it and allow them to co-create your thoughts so that they also create your vision. Our United States developed from that - several ideas from Locke and Smith and others which said that a person could think independently and that we were "endowed by our Creator with certain inalienable rights", among these being "life, liberty, and the pursuit of happiness."

That one concept, of individual freedom to think and act on those thoughts, is what is revolutionizing this world. While not everyone (even in this country) wants the Western culture - they mostly all want to have their own thoughts, to think whatever they want, and to be able to act on those thoughts and make their dreams become reality.

And while we've covered a great deal of ground today, what we are really saying is that there is one principle common to all humankind: You can think for yourself, and that thought can create your reality.

Beyond that the idea: If you think and act in terms of harmonious interaction, your world and all the worlds around you will be better places to live in.

From those two points, you can probably work out that all our laws and rules have been working in that direction for eons.

And right now, we are living in a true Golden Age, which can be improved and made more golden and shiny - as we continue to work at it and help others around us to create their dream. Because, if you think about it, some 90% of our planet is working together in peace. We're almost there. (Just quit listening to what passes for modern News and start observing for yourself and it's easy to see this.)

Think about it - we're almost all the way to world peace. Sure, we have some minor conflicts. And we have some rather dense-thinking people in charge of various areas. And yes, there are some weapons around which can make that peace look rather fragile. But lets start talking with each other, in person, by letter or email, by chats and twitter across this planet. Let's get some agreement on the idea of everyone working together so that individually people can make their dreams come true. Let's get this idea out that people have a right to live their own lives and not be interfered with - so people can live long, prosperous lives in mutual action with the people around them.

We don't all want the same thing. And that is what makes this idea possible. Anyone who wants to be a sports star can. Anyone who wants to be elected to a high office can be. Those of us who want to run a small farm successfully can. Not everyone wants to be a Luther Burbank or a George Washington Carver and create all sorts of new possilibities from plants. We each have our own dreams. Some simply want to raise a fine bunch of kids and live a quiet life. Others long to be movie stars, or just build sets for movies to be filmed on.

That's the second basic law which is observable and also written throughout history - you can't get without giving. Or, more positively - help others and that help returns to you from others. Also: spread over many shoulders any burden becomes light.

So that's my gift to you: share the peace you are living with others so we can spread peace to everyone on this small planet. Help people with their dreams as you work at living your own - and living your own will become easier.

Thank you - and the very best to you.
Posted by robertworstell at 4:30 AM